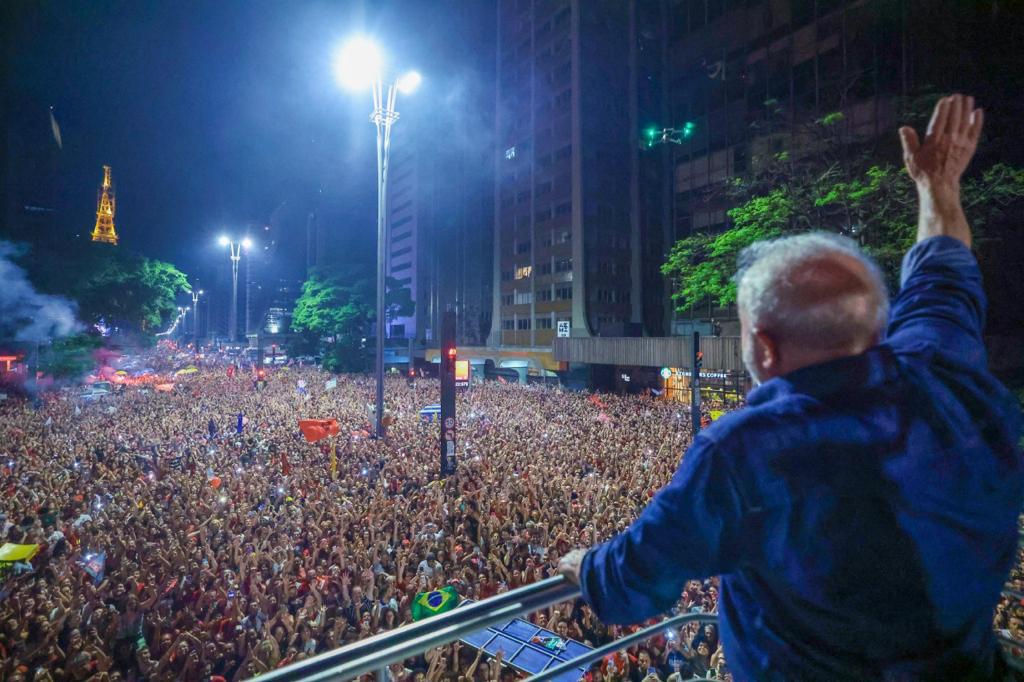 Today we celebrate with all the Friends of the Earth the victory of Luiz Inácio LULA da Silva in the 2nd round of the presidential elections in Brazil. We urge people everywhere on the planet to recognise the legitimacy of the election and its final result, as well as to act so that the democratic institutions all over the world do so. May they be alert in order to protect the people in our country against any possible attack on Democracy, social stability, the institutions, organisations, social movements, territories and communities which defend them as common goods of society.

As a social organisation from Rio Grande do Sul with almost six decades of ceaseless action for ecology, for human rights and popular sovereignty, and from the 80’s until now as the only Brazilian member of the federation Friends of the Earth International, a movement for environmental justice with groups in 75 countries, we hereby state that:

As a civil organisation, we survived the military dictatorship which lasted 21 years, as well as the misogynistic coup against President Dilma in 2016. We have suffered four years of Bolsonaro administration, with its fascist, genocide, racist, sexist and unhuman policies, witnessing the banalisation of the death of 700 thousand people by COVID. The deadly project of this government which ends on 31 December 2022 was present in the ill-intentioned management of the pandemic and the social and environmental policies, in the disrespect towards indigenous peoples and quilombolas, women and LGBTQIA+ people, landless and homeless people, biodiversity, the working class, popular culture, science and sustainability of life in all its forms of expression.

From the beginning of this year, we positioned ourselves politically, and for the first time in our history we did so very clearly in an electoral dispute in favour of the only candidate who could unify a wide front for retaking and rebuilding democracy in the country, represented by LULA, the elected president of Brazil, who will be inaugurated on the 1st of January, 2023.

This year we have presented a series of analyses on the dismantling of the social and environmental policies, as well as warnings and denounces of the attacks on democracy and proposals from a popular and feminist perspective for environmental justice which we have seen reflected and appropriated by candidates to legislative and executive positions in the left wing, and also by the social movements we support and promote as representative of our voice.

With the victory of LULA and each state government and parliament seat which now amplify our voice, diversity, potential and incidence responsibility, consultation and construction of convergent proposals, we are starting a new turning process in a victory against hatred, lies, strategies of mass manipulation and religious fundamentalism which have been consolidated in our country since 2016.

We know it will not be easy, and in this retaking of democracy we will need to keep fighting to establish our agendas of emancipation practices which are happening in the alliances between social movements in the countryside – forests, pampa fields, cerrado (savanna), caatinga (dry land) and pantanal (wetland) – and in the cities, with a coalition government which will start in 2023.

We will have now more representation in the parliament for elaborating and defending bills and policies which meet the public interest on state, national and international levels, both commercial and environmental, placing human rights and the rights of the peoples above financial and corporate profits.
In the government of the state of Rio Grande do Sul, also with the crucial support of the left wing militants, we feel victors with the defeat of the candidate who represents fascism and bolsonarism, yet we stand in resistance against the continuity of the ultra-neoliberal and privatising project in this state represented by re-elected governor Eduardo Leite.

They have decided to kill us, but we have decided not to die and be part of this history which does not end here. In the remaining 60 days of the present defeated administration, we will fight a symbolic and material war. In defence of this reconstruction project for the country, besides hope, we count on the ability for popular organisation and articulation, for the strength of unity in the diversity of the peoples and political forces which have a project of love, humanity and respect to life.

Photo: Thousands of people gathered at the “victory party” at Avenida Paulista, in São Paulo (SP), on Sunday night (10/30/22), after the announcement of the election results. In the foreground, President-elect Luiz Inácio Lula da Silva/ Ricardo Stuckert