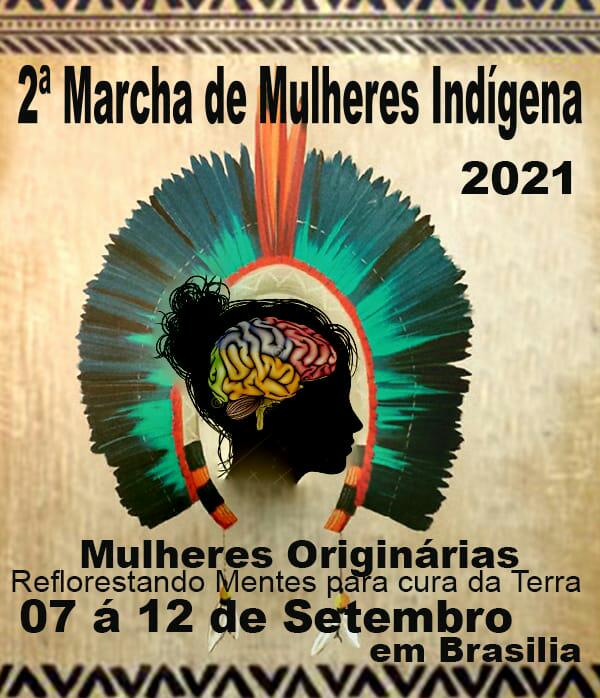 We, Friends of the Earth International (FoEI), the largest federation of grassroots environmental justice organisations presente in 73 countries, gathered at our Biennial General Meeting (BGM) held online from June 22nd to July 2nd 2021,

We greet the unprecedented and historical mobilization of indigenous peoples of Brazil, who gathered around 1200 women men and children warriors this month in Brasilia-DF at the Rise for the Earth camp, defending land, nature, life against a fascist and ultra neoliberal government that is dismantling social, health, education, environmental and human rights policies and denying constitutional and customary rights of indigenous and traditional peoples, in benefit of financial capital and interests of transnational agribusiness and extractive industries.

We receive in solidarity the call from the Articulation of Indigenous Peoples of Brazil (APIB) for the indigenous international mobilization that will continue from August on against the Congress approval of the Bill 490, for the judgement of Xokleng case at the Supreme Court (STF) and for the effective implementation of ILO Convention 169, in order to guarantee indigenous peoples rights for land and self determination, prohibition of  economic exploitation of their lands and acknowledgement that their presence and struggle for territories is legitimate since the Brazilian colonization.

We are deeply concerned with the trends of deforestation, in escalation since 2019, threatening all people in the planet with dangerous climate change, as much as with the criminal fires targeting women indigenous organizations and homes, as in the case Munduruku people, with the impunity of racist attacks to indigenous and traditional peoples by ruralists and garimpeiros (agribusiness and mining sectors) supported by the current government, and with more than 10 thousand deaths of indigenous peoples among a half of million deaths in Brazil due to pandemic during the genocide administration of Bolsonaro.

Therefore we resolve to stay alert to communicate APIB’s calls and struggles, working together on international spaces (such as international and bilateral trade negotiations, UNHRC, CDB COP and UNFCCC COP) and acting in internationalist solidarity to support indigenous mobilizations in Brazil as the Rise for the Earth camp and the Indigenous Women’s March.